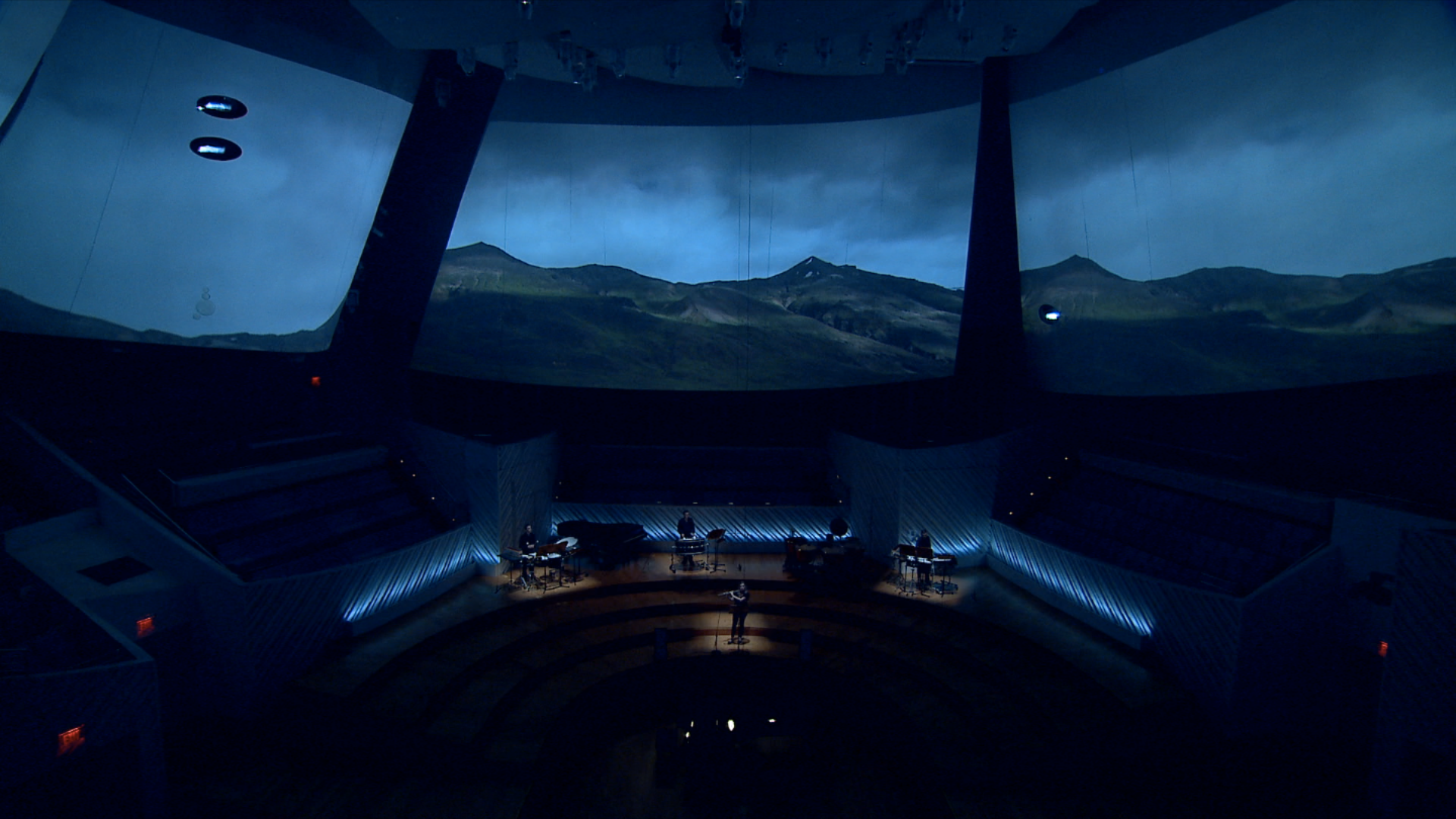 Several user tests were done to find common threads that come to mind when listening to the piece. Art direction for curation of footage involved identifying moods and overarching themes. Discussions and visual research were done on themes of melancholia, ancient rituals, religions, nature and war. Protoype videos were created with several iterations on content and effects. The visuals were performed in real-time alongside the performance in 2015. 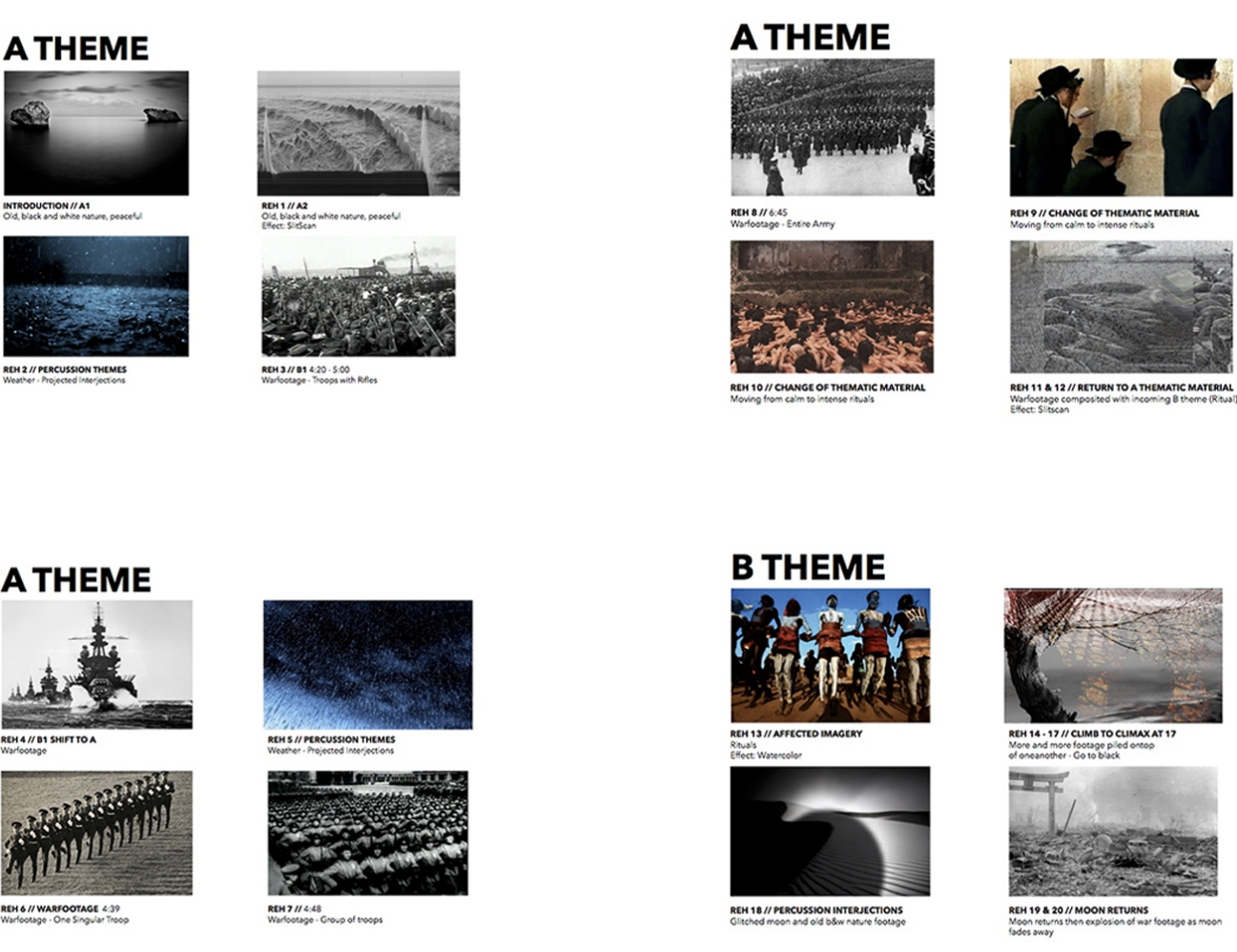 Themes for curation of footage 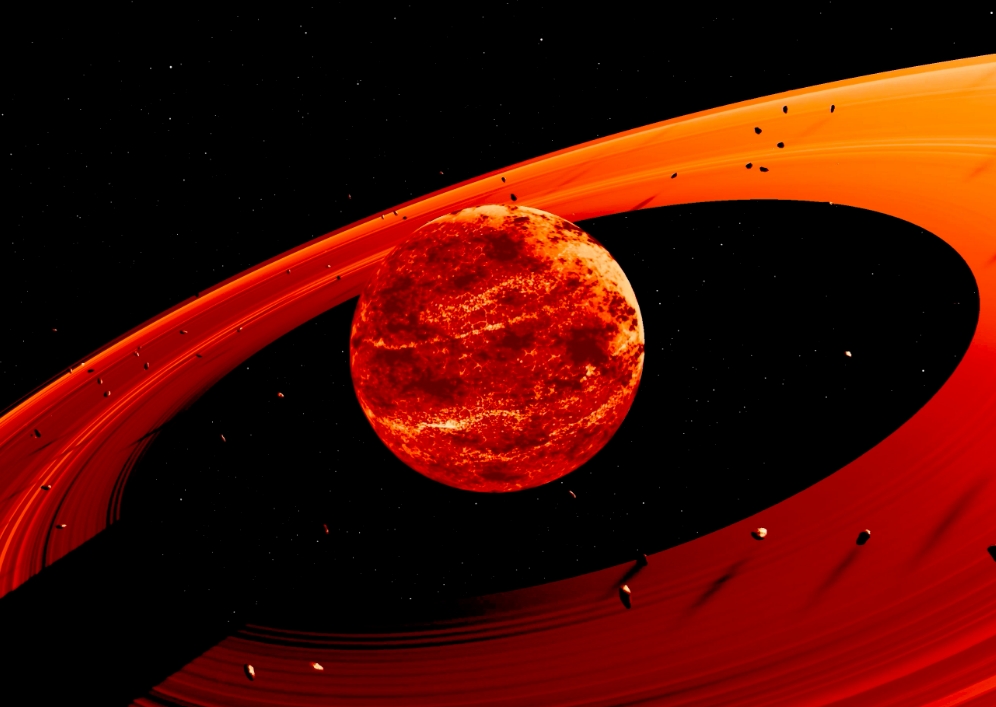 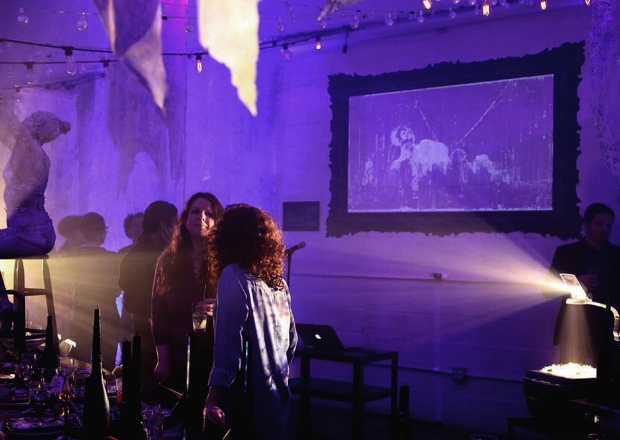 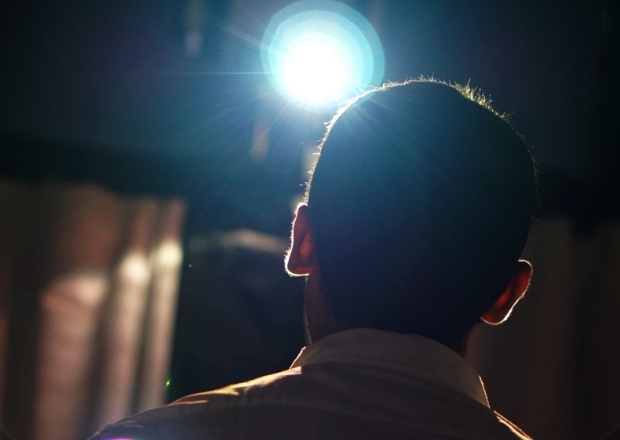 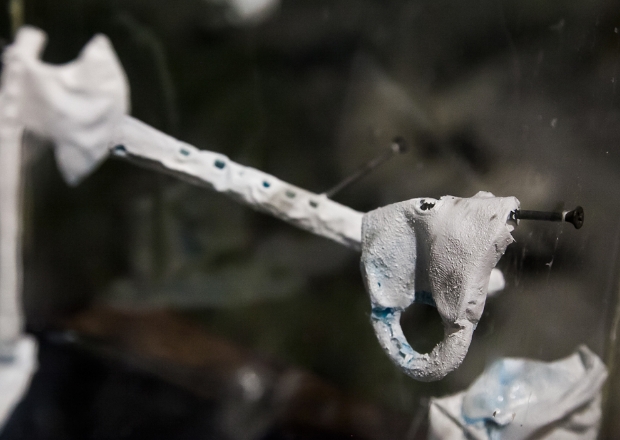